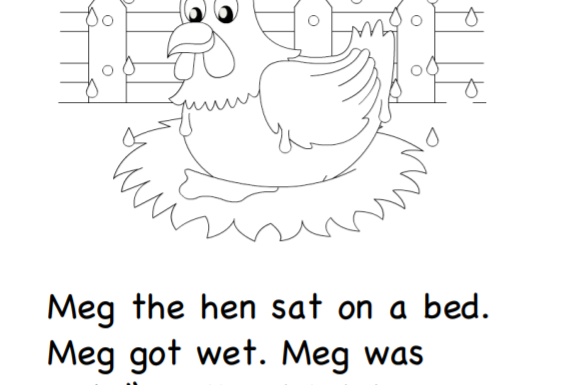 There are a few principles you should follow when teaching alphabet sounds. Some kids really struggle to learn letter sounds. For struggling readers, following these principles becomes even more important.

1) Use flashcards. Mix them up.

When you’re teaching alphabet sounds, you should use flashcards. Write one letter on each card. Mix them up each time your student reviews them. That way, he does not memorize the order of the cards. Instead, he really masters the letter sounds.

3) Teach one sound per letter.

Letters can make multiple sounds. However, when you’re working with a beginning reader, teach one sound per letter. Here are the sounds you should focus on:

a as in apple

e as in elephant

i as in igloo

o as in octopus

u as in umbrella

There are 2 types of alphabet sounds: stop sounds and continuous sounds.

Stop sounds are sounds that you cannot say for a long time without adding an “uh.” For example, try to say “d” for a long time and you’ll inevitably add an “uh.” Clip that “uh” off. Don’t say “uh” and make sure your student doesn’t say “uh” either. The correct pronunciation is just “d-.”

If you add an “uh” to stop sounds, your student will have trouble decoding. When she encounters a word like “dig,” she’ll say “duhiguh.” This might cause her to read “dig” as “dug” or “dog.”

Teach letter sounds correctly, clip that “uh” off stop sounds, and your student will begin decoding more accurately. Some other stop sounds include: b, c, d, g, j, k… etc.

After your student learns letter sounds, he can read short vowel books.