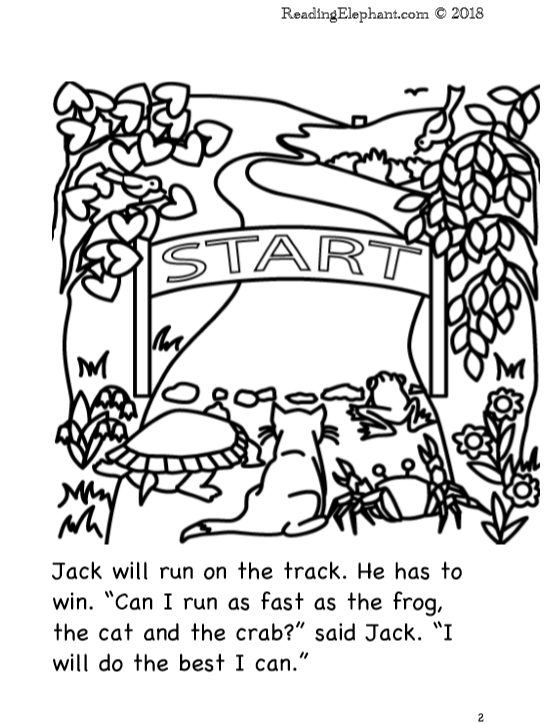 If you have a Kindergarten student, you might wonder what she’s supposed to learn this year in reading. By the end of the year, what phonics sounds should your student know? In this post, I’ll outline Kindergarten phonics sounds in sequential order, the order they’re typically (but not always) taught in.

There are some differences in state and country standards, so keep in mind that your Kindergartener might need to learn some phonics sounds that are not outlined in this post. However, in general, most Kindergartners learn letter sounds, short vowels, consonant digraphs, consonant blends and (maybe even) silent e.

In addition, Kindergartners need to learn stop letter sounds. These are sounds that you must say quickly, as not to add an /uh/ at the end. For example, you should teach your Kindergartner to say /d/ not /duh/, /b/ not /buh/ and /c/ not /cuh/. If your student clips stop sounds (and eliminates that uh), she will be able to read words more accurately. Here are some other clip sounds: b, c, d, g, j, k, p, q, t, w, y

DO NOT SAY LETTER NAMES. Contrary to everything in early literacy culture, letter names do not unlock the words and they may even delay reading. Teach your student letter names after she learns to decode words like: “ssss-aaaa-mmmm… sam!” “mmmm-oooo-mmmm….mom!”…etc. Stanislas Dehaene, a cognitive scientist and reading researcher, writes:

“Sometimes the child knows the names of letters (ay, bee, see, dee…). Unfortunately, this knowledge, far from being helpful, may even delay the acquisition of reading. To know that “s” is pronounced ess, “k” kay and i eye is useless when we try to read the word “ski.” Letter names cannot be assembled during reading- the hookup involves phonemes” (p. 200, taken from Reading in the Brain The New Science of How We Read).

Also, only teach short vowels in the beginning.

Your Kindergartner should learn and focus on short vowels until she completely masters them in both reading and spelling. Short vowels are all continuous sounds, so make sure she holds these sounds for a long time (about 3 seconds). Holding short vowel sounds will help your Kindergartner blend short vowel words, the first words types she must sound out when learning to read.

Short vowels are book sets 1-5 in our shop. Here are the short vowel kindergarten phonics sounds:

Just teach these sounds for the vowels for now. For example, although “a” says multiple sounds, just teach your student to say “aaaa” as in “apple.” She can learn that “a” says “ay” and sometimes “uh” later on.

Make sure you pick the appropriately leveled word types. Just because your student has learned “ch” for example, does not mean she’s ready to read “cheetah,” “cheese” or “cherry”—these word types come later. Your kindergartner is still only able to read short vowels. Thus, you must couple these consonant digraphs with only short vowel words.

Not every kindergartner will learn to read silent e, but it’s a good goal to aim for. Silent e is also called magic e and bossy e. Here are the silent e sounds: