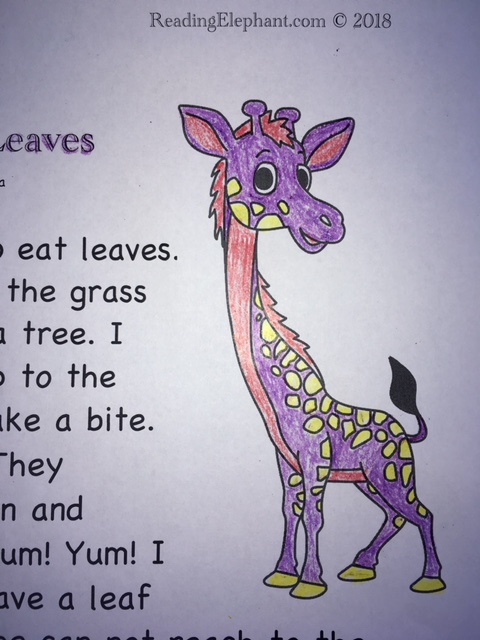 Caleb was in the second grade. He wasn’t able to read at all. In addition, he had a severe language delay and struggled to piece together 2-3 word sentences. His speech was incomprehensible, and he was rightly frustrated when he wanted to communicate something and others failed to understand. Caleb began reading with intensive individualized systematic phonics, decodable books, and lots of work involving how to pronounce sounds. Eventually, he moved to ee words phonics, a time when his fluency progression began to slow.

In this post, I offer a free ee/ea phonics book. Here it is:

When every other reading intervention fails

Initially, Caleb did not want to do lessons. He hid in a nook with his head bowed while his mom sighed and shrugged. I knew the first few lessons would be tough: he’d already received a bunch of interventions, all of which didn’t work. Why would this one be different? He was understandably skeptical. Caleb not only had to learn to read, he had to make significant speech improvements. He sat still at the table when he realized he was really learning. Eventually, he began stringing letter sounds together. He was thrilled when he read his first word (that wasn’t guessable), “sap.”

At first, we had great difficulty communicating to each other, because I didn’t know how to interpret his jumbled sounds, what his hand motions meant, or how he communicated with facial expressions. Sometimes we laughed when I misunderstood. But more often, he was frustrated.

How does it feel to always be misunderstood?

I knew I had to morph speech and reading lessons into one. I hoped that familiarity with how and where sounds are made, a variety of blending activities and actually beginning to read phonics books would help him articulate better.

When we got to ee words phonics, he’d already learned a lot. He was progressing quickly relative to the fact that he made no progress in reading for 2.5 years. When he read his first phonics books, he was thrilled. He also liked when I read stories aloud to him. Like many of my students, he loved Little Critter books and he asked me to read him these stories in-between reading activities.

When Caleb started mastering ee words phonics, I realized that his reading speed stalled. He was not reading faster. Before, I could show an upward curve in his reading speed. However, though he was accurate, he read laboriously.

Ee words phonics and ea words phonics are often taught together. They make the same sound. They both make the long e sound: “ee” as in “bee” and “ea” as in “seal.” Many struggling readers develop fluency struggles around this time. There’s still much to celebrate—these are often kids who weren’t reading at all just a few months prior!

I do think there’s a real need for lots of phonics books, simply so kids can develop reading speed.

Soon, I will offer ee/ea books that help kids practice ea and ee words phonics. For now, I’ve created a free printable ee words phonics book attached at the beginning of this post.

Kids struggle in reading for lots of reasons

If you have a child that struggles in reading, you are not alone. Lots of kids struggle to learn to read. Kids struggle for a variety of reasons, including auditory-processing disorders, ADHD, dyslexia, deaf and hard of hearing, autism, esl struggles and plain old simple instructional failure (meaning the child would’ve read well if she’d had access to research-based instruction). Whatever the reason, it truly is alarming to watch your kid or (if you’re a teacher) your student struggle.

I hope to create an extensive phonics library for struggling readers

I hope to create enough books so kids can learn to read and develop fluency. In reading, fluency means reading speed. It is a crucial part of reading, because we struggle to comprehend slow speech. Thus, if a child reads slowly, she’ll likely struggle with reading comprehension as well.

This means, the more kids read leveled texts, the better!

Eventually, Caleb began reading faster. I created a series of books so he could practice ea and ee words phonics. Eventually, as he learned to articulate each new sound, his speech began to improve. I also realized that Caleb, like many struggling readers, loved stories. Maybe he didn’t like decoding, but he loved connecting to characters in stories, understanding their perspective, feeling their emotions, and rooting for their success. As he read more and more phonics stories, he became not only an accurate read, but a fluent reader.

I hope your student likes the ea/ee book “Tree Leaves.”