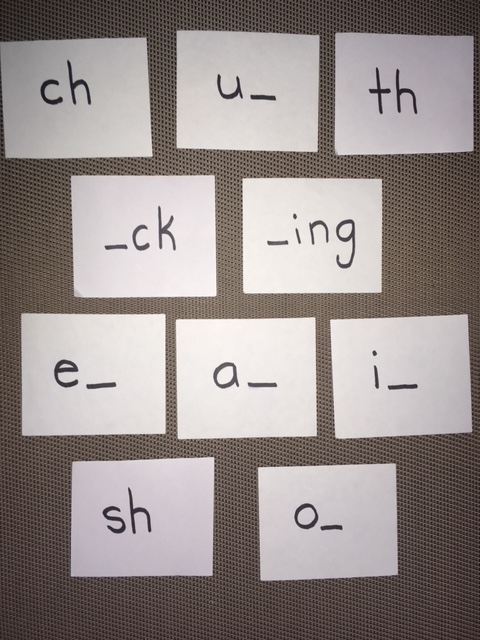 If you have a struggling reader, teach them how to read using sound cards. To master phonics letters and sounds, students need to see each unit individually. If they learn to recognize phonetic units on cards, they will begin to identify them in words. In this post, I discuss the exact sound units to introduce to beginning readers. Sound cards can be simple. You can write the sound units on flashcards and review them daily. Mix up the flashcards so the student doesn’t memorize the order.

Flashcards have a bad rep. But by definition, reading is a visual exercise. We don’t read with our eyes closed. We need VISUAL exposure to the units! As a teacher, you simply cannot escape writing the units down somewhere! Some programs proudly proclaim NO flashcards! But if you don’t write phonics letters and sounds on flashcards, you have to put them on a poster, or wall…and students can simply memorize their location. Flashcards are great, because you can mix them up; this way, the student won’t memorize the order.

What Phonics Letters and Sounds do I Teach?

If you have a beginning reader develop good habits when reviewing phonics letters and sounds. Focus on the five short vowels. Review the following short vowel sounds on cards:

Introduce these phonics letters and sounds incrementally. For example, start with short a. Once your student masters short a, introduce short i. I usually skip short e until the struggling reader has mastered all the other short vowel sounds. Short e tends to be the hardest sound to say. Once your student masters short a and short i, introduce short o. Continue with this systematic method until your student knows all vowel sounds, including short e. Reading Elephant offers short vowel books.

Incorporate letter sounds that the student is weak in When reviewing phonics letters and sounds, make sure your student clips stop sounds. We cannot hold stop sounds for a long time. If we try, we inevitably distort the sound. For example, if we say/d/, we often add an “-uh.” This is a mistake. Make sure you clip the “-uh” component so your student doesn’t say “-uh.” You want your student to clip stop sounds and avoid saying “duh” guh” “buh”…etc. If your student hasn’t gotten in the habit of clipping stop sounds, they’ll read a word like “dog” as “duhoguh”—an indecipherable series of sounds.

What phonics letters and sounds do I teach after letter sounds and short vowels?

sh as in shop

th as in that

_tch as in patch

_ck as in kick

_ng as in song

Of these, only sh and th are continuous sounds. The rest are stop sounds.

When your student masters letter sounds, short vowels, consonant digraphs and blends, it’s time to introduce long vowels. There are lots of long vowels. Start with the final e unit. Sound cards for final e look like the following:

a_e as in bake

i_e as in bike

u_e as in cube and duke

Of these sounds, only e_e is continuous.

ai as in tail

ea as in speak

ow as in snow

Again, of these, only the long e sound can be held for a long time. Make sure your student says long vowel sounds quickly as not to distort the sound.

ir as in swirl

ur as in curl

R-controlled sounds are not continuous sounds.

These make the following sounds:

ou as in found

ow as in gown

oo is a continuous sound. Treat ou and ow as stop sounds.

There are more sounds, but the above phonics letters and sounds provide a good foundation

Of course, there are more phonetic units students need to know. However, the above units can provide a good reading foundation. Give your student opportunities to practice the units in books. Reading Elephant offers short vowel books, and will soon offer consonant digraph books. Eventually, Reading Elephant will have a complete phonics library!