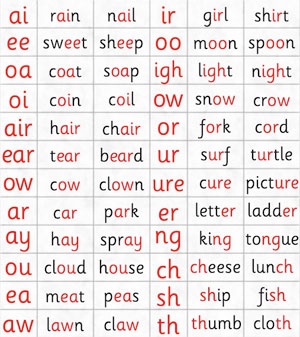 WHAT IS PHONEMIC AWARENESS?

Phonemic awareness is the ability to identify and “play with” sounds. Someone who is phonemically aware can think of what rhymes with “bat” or what happens if I replace the /ch/ in “screech” to /t/? “Screet.” One activity I use includes saying sounds in words slowly. Then, I ask the student to stream the sounds back together. Here’s a sample script:

Teacher: “sssss-c-rrr-eeeeeee-ch. What is it?

Notice I hold the continuous sounds like “s” and “ee.” Be very careful to clip stop sounds like /c/. If you say “cuh” you’ve just made an impossible task. “Scuhreech” is not a word!

Thus, the teacher can level the phonics lesson plans to target the exact level of the student.

When I first started reading tutoring, I didn’t have a deep appreciation for phonemic awareness activities. I did them because I was “supposed to.” However, my perception of them changed as I worked with more students. With experience, I realized these sound activities were the gateway to reading. Many struggling readers and dyslexic students simply won’t progress without these types of phonics games.

I remember when I had this epiphany. I was working with a second grader with a language delay. I started increasing the length of phonemic awareness activities. I added more phonics games that involve “playing” with sound. His rate of progress increased significantly. He started “hearing” the sounds well enough to read.

Certainly, many other reading professionals had this epiphany long before me: the importance of phonemic awareness activities is well-established in reading research.

You know that ability you have to identify sounds? If I were to say, “Tell me the sounds in cat?” You would say “c-a-t.” The ONLY reason you can do this is because you live in a literate society and you can read.

People in illiterate societies simply cannot segment the most basic words in their native language. They cannot easily switch out sounds. If I said switch the /th/ in “that” to /b/, you’d easily say, “bat.” Well, if you were raised in an illiterate society, you could not do this. How do researchers know this?

In one of these phonemic awareness studies, Jose Morais worked with Portuguese adults. Some were literate. Some were illiterate. They all came from similar backgrounds, but some of them left their home and learned to read. He asked each adult sound questions like, “Do ba and da share sounds?” or “What do you get if you remove the first sound in porto?” The illiterate adults failed to answer these sound questions correctly. The literate adults answered correctly.

Illiterate adults I’ve worked with show the same struggles with sound. As they learn to read, their phonemic awareness improves. Us literate adults often take for granted our awareness of sound.

WHY ARE PHONICS GAMES IMPORTANT?

When we speak, we don’t pause in-between sounds. We don’t even pause in-between words. Speech is fluid. We speak in an endless stream, linking sounds together so quickly there are no breaks or pauses. Sure, someone might pause to say “um” or to think before speaking. But in general, words are one utterance. We say “cat” in one breath. The idea that “cat” has three sounds, each which can be said in their own utterance, is groundbreaking to a beginning reader.

If you found this post helpful, check out What is Phonemic Awareness?