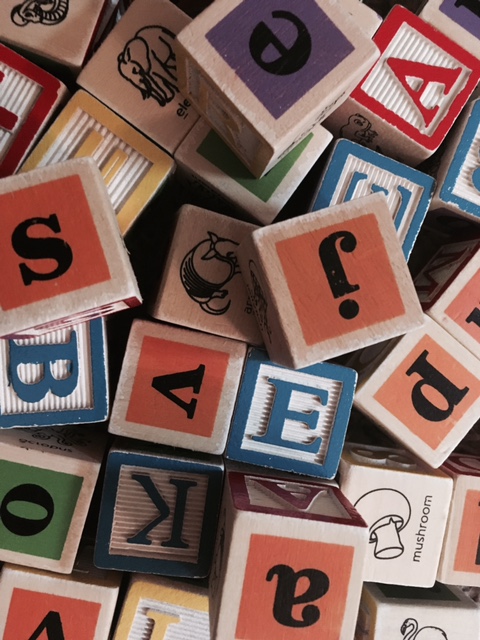 Even though teaching letter sounds seems simple, there are common teacher mistakes. These mistakes can have long-lasting negative impacts on a child’s reading skills. In my reading intervention program in San Diego, I often meet second graders that don’t know letter sounds. Minor instructional errors compound, and set these children months, even years back.

As I was preparing to write this, I searched “Teaching Letter Sounds” posts, read through them, and disagreed with nearly every point other bloggers made. The amount of misinformation online in regards to learning how to read is astounding. If you have a struggling reader, dyslexic student or a child with a language delay, the points below are critical to reading success.

Do NOT Teach Letter Names

Just don’t. I know this is counter to our culture wherein everyone, including well-meaning loved ones, points to letters and says names. Aunt Heather might point to “a” and say “ay, ”“b” and say “bee,” to arm your child with letter name knowledge, but this knowledge is not only useless, but possibly harmful: 2- Letter names do NOT unlock words. Sure, some letter names contain a clue to the sound as in “bee.” However, the extra “ee” component will cause your child to start adding “ee” whenever he’s really supposed to say just /b/.

3- As a reading teacher, you want a quick, rapid response. If the child flip flops between names and sounds, reading will be slower and more laborious.

So, in the beginning, don’t teach letter names. People may look at you weird when your beginning Kindergartner says “er” for /r/ and “ssss” for “s” (as opposed to “ar” for “r” and “es” for “s”), but just know you did the right thing. In school and the world, your child will be bombarded with people teaching them letter names. It is up to you to counteract this by focusing solely on letter sounds.

When someone teaches a beginning reading student letter names, I have to resist the urge to morph into a sprinting cheetah, pounce on letter names and correct the mistake immediately by teaching SOUNDS!

Letters can make multiple sounds, but start with 26: one for each letter. Short vowels are the most critical sounds for early literacy. Be sure to say the following short vowel sounds:

DO NOT teach long vowels. For example, don’t go over “i” as in ice or “u” as in “unicorn.” Just say the above short vowel sounds.

A good reading teacher teaches the rules first, then the exceptions to the rules. Don’t teach that “g” can sometimes say “j” as in “giraffe” and “a” can say “ay” as in “bake.” Let the student master the 26 letter sound fundamentals before saying, “but, wait, sometimes this can say this, that and other…”

A stop sound is a sound that cannot be held without adding an “uh.” For example, if you tried to say /d/ for a long time, you’d say “duh” and you’d hold the “uh” component. /g/ /c/ /b/ are other examples of stop sounds. Make sure you say stop sounds quickly. Prevent yourself from adding an “uh.”

This is surprisingly hard. I encourage you to practice, record yourself, or ask someone else to listen for an “uh.” I’ve watched many parents add an “uh” and insist they didn’t. When I first started, I added an “uh” and insisted I didn’t. Every minor mistake you make, the student will make. Really focus on clipping off the “uh.”

For instance, in “dog,” /d/ and /g/ are stop sounds. If the teacher did not clip stop sounds, the student will read “dog” as “duhoguh,” look perplexed, and try to think up a word that kind of sounds like “duhoguh.” “Is it dug? Or dig?” the child will ask. In these situations, the letter sound teacher has created a problem that will take quite some time to correct.

When you’re working with beginning readers, continuous sounds are extremely valuable. They allow students to hold the sound until they figure out the next sound, thereby creating a blend. A student can say, “mmmmmaaaaaannnnnnn” for “man.” Teach student to say stop sounds quickly and clip off the “uh.”

Focusing on One Letter is a Waste of Time

Even though it’s tempting to print out that online “Letter K” book, create a crafty key cutout for “k” and have your child trace “k” over and over—these activities are a waste of time.

There’s ample evidence that children DON’T learn letters in isolation from other letters. In fact, children compare letter shapes, notice the subtle differences, and find ways to distinguish between them. They see that “a” and “d” are similar, but “d” stretches its vertical line all the way up, that “m” and “n” both have a hill shape, but one has two hills. When children are exposed to multiple letters, they learn how to discriminate between them. (The Great Courses, Monisha Pasupathi, Course No. 1691)

This phenomenon (and teaching letter sounds and names together) explains why parents come to me skeptical anyone can ever teach their child letter sounds: they’ve already worked on them for hours using ineffective methods.

I wasn’t going to add this one, but I saw that other bloggers were suggesting teaching common letter reversals separately. They argue to teach letters like “b” and “d” separately because children reverse them often. This is absolutely not in line with the research on how children learn to identify letters. If you teach m/n, b/d, u/n, p/d and so forth separately, the child will never have the chance to analyze how these letters are different and they’ll continue to make letter reversal errors. In sum, don’t worry about teaching ANY letters in isolation.

Don’t Put Pressure on Yourself or the Child

Students learn at different rates. Follow the above tips and be confident that your student will learn letter sounds. If you bombard your student with a lot of letters at once in an effort to rush through the process, you’ve suddenly turned yourself into an ineffective teacher. Plus, your student will pick up on your sense of urgency and feel discouraged. Go at the student’s pace.

Once your child knows all 26 letter sounds, clips stop sounds and holds continuous sounds, celebrate! This is a big step. The next step is reading short vowel words like, “bat, fin, met, cat…etc.”

Phonics lessons for kindergarten should give kids a strong decoding foundation. Decoding skills all[...]

Beginner reading books should help kids learn to read in a gentle, step-by-step way. There are high[...]