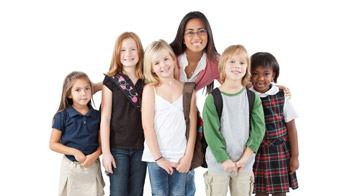 Jackie never predicted she’d be a mom of a struggling reader. She remembers the day she waved goodbye to her sociable, friendly five-year old son, Ashton. It was his first day of Kindergarten. He was smiling and excited to get to know his classmates. “My friendly child will do great in Kindergarten,” Jackie thought.

Jackie was convinced Kindergarten was for socializing and getting kids used to the structure of school.

She didn’t know Kindergarten was one of the most crucial years in learning how to read. She had no idea a Kindergarten teacher affected her son’s future earning potential (Chetty, Friedman, Rockoff, 2011). She also didn’t know that if her son fell behind in reading, it was unlikely that he’d ever catch up (Reading Achievement Scores, Francis, Shaywitz, Steubing, Shaywitz & Fletcher, 1994). She read and spoke to Ashton often as a baby and toddler. Everything would be fine.

READING IS NOT DEVELOPMENTAL

When Ashton started falling behind in reading, the teacher, and Jackie’s friends and family said he’d “catch on,” that reading is developmental, and some children learn how to read later.

Jackie didn’t know that reading is not a developmental milestone, that there is no “reading” area in the brain, that humans took 2,000 years to develop an alphabet after pictographs were invented, and that even the ancient Sumerians systematically taught their children how to read because they understood that reading is unnatural.

Jackie trusted Ashton’s teacher. She had been teaching for twenty-five years, everyone loved her, and she was nice. So Jackie believed Miss Johnson: Ashton would catch on.

Jackie didn’t know that some teachers who are “loved” are poor reading teachers. Within Miss Johnsons’ classroom, 20% of students were struggling to learn how to read. Jackie had no knowledge of the extent of the problem in Miss Johnson’s class, and she assumed that it was her and her son that were the problem.

The parents of these struggling readers were all simultaneously hushed and led to believe that their child had just not developed enough yet. Many of these children were put in resource class. This kept the parents quiet until about the middle of the second grade.

Ashton began second grade with minimal reading skills. Jackie could not find books at a low enough level for her child. Startled, she began thinking that Ashton would not “catch on.” Maybe this was a chronic problem.

Jackie noticed that her sociable child was disappearing, receding into an ever darker melancholic state of being. He no longer wanted to go to school. The second grade teacher said Ashton was disruptive in class, lacked focus and constantly exhibited attention-seeking behaviors. Jackie noticed that her son began to yell more at home too. He was no longer the smiling, happy boy she had once known.

But it really hit hard when one morning Jackie and Ashton were driving to school.

Jackie was heartbroken. She went home and wept. What have I done wrong? she thought. At that moment, she lost faith in the school system, in what her friends and family knew about reading, in this idea that reading is developmental. She began to question her own parenting decisions. Is he behind because I’m a working mom? Is he behind because I have two other children to focus on? Did I not do enough? She crumbled with self-doubt.

She looked for help. She hired the best reading tutor in town, someone trained in intervention programs to teach dyslexic readers and struggling readers. Jackie could barely afford the $120 an hour tutoring, but she persisted, because her son was finally learning how to read.

What was the problem? Jackie wondered. Why can this tutor teach my child and why has the school failed him? Jackie looked into the problem, and what she found astonished her.

What did she discover?

Ashton’s school was not using research-based methods. They were using a “balanced” approach to reading in which phonics was sloppily taught in an unsystematic way. Children were asked to “guess” at the words by answering questions like, “What makes sense there?” or “What sounds right?” Children were also encouraged to look at the pictures to guess at the words. Homework assignments asked students to read books 3-4 times. Reading instruction at Ashton’s school was based on memorization.

The tutor was effective because she used systematic phonics instruction, and carefully selected a program based on reading-research. She taught sound units one at a time (with constant review of all past sound units). She let the child develop mastery until a new sound unit was introduced. She carefully selected texts that the child could read successfully without leaning on pictures and context. She encouraged Ashton to look at sound units whenever he made an error.

Ashton did learn how to read with the tutor. Jackie’s grateful that her son began “acting out” when he did. What the teacher saw as misbehaving, Jackie learned was her son crying out for help. When Jackie finally listened to what her son was truly communicating, she took action, and her son finally began learning how to read.

Kids need to learn to read and spell sight words, because these words do not follow the phonetic co[...]

Check out our free printable Kindergarten Christmas phonics book, "Ken the Elf." In this phonics st[...]